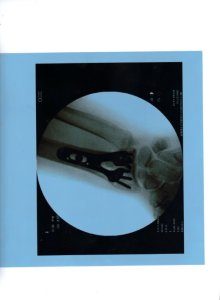 So, my 75-year-old mother broke her wrist while roller skating.  She fell.  (I’ve been instructed to point out that she fell in the most graceful of ways.)

I ferried her about for a couple of days while we got the medical stuff taken care of, but she’s been pretty self-sufficient.  Luckily, it was her left wrist.

She does them near constantly in between doing stuff she probably shouldn’t be doing:  like using her cordless drill to replace a large board in my fence.

On the other end of the spectrum, Chef Boy ‘R Mine has been having trouble with his back.  It’s pretty serious and he has a referral to a surgeon.  I’m pretty wigged out about it all.  He’s only 30.

Step One is for him to have a steroidal lumbar injection to help manage the pain.  I’m leaving for Atlanta on Wednesday to be with him and act as his chauffeur the day of the procedure.

Me?  I’m more or less intact.  I just did a freelance project on self-care and I’m all hyped up to be good to myself.  I’ve been doing a pretty good job of it.  I had a lovely week at the beach with my best friend.  I’ve been getting out and about much more than I have in the past couple of years.  I’m active with a book club and a writing group; and starting to hang out in Charleston again.

Although I’m worried about the kid, it’s mostly good to be me these days.    While the rain has been unrelenting this summer, I’m having a good time.

I just got back from the beach on Saturday and I’ve still got vacation head.  It’s been a hard reentry to the real word as this vacation was just stellar.  My best friend and I spent a week at Myrtle Beach eating good food, drinking adult beverages and people watching on the beach.  It was good and I am so missing my 11:30 a.m. daiquiri.