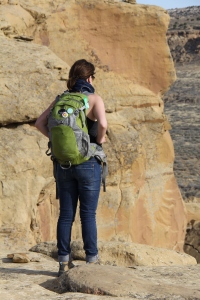 I’m snuggled on the couch with the puppy drinking coffee.  After complaining about the heat for days, I’m enjoying the storm waging outside The Barn.

I promised myself I would not complain about this summer’s heat after last winter’s cold.  I meant well.

But there’s nothing like feeling safe inside while the rain rages outside.  I feel snug and loved as the puppy is using this opportunity to cover me with sweet puppy kisses.

I joke that Carruthers should be here.  Whenever she visits, West Virginia is dowsed in torrents of rain – tropical monsoons the likes of which we all marvel at.  But Carruthers is turning 25 while doing fieldwork in Indonesia.  I bet it’s more tropical here today.

Her birthday isn’t technically until tomorrow, but it’s tomorrow today where she is, so I wished her Happy Birthday as she ate Mexican food and listened to salsa music in an Indonesian restaurant.  Isn’t it a wonderful world!

One of the greatest blessings I received from Doug is his daughter, Carruthers.  I would never have gotten through this past year without her.  I hope she knows how much I love her. 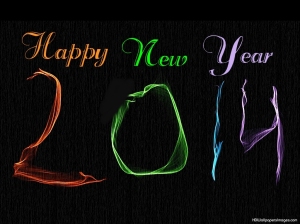 I am just all discombobulated. I think it’s because I worked Thursday and Friday of this week.

I have not worked the stretch between Christmas Eve and New Year’s since 1988. Because of this and that, I went back to work on the 26th and plan on working every day but the 1st. My internal clock and calendar are just whirling about in confusion.

This past Thursday, I was convinced it was January 2nd and was trying to figure out what happened to the week between Christmas and New Year’s. Now it’s Saturday and I’m trying to enforce some downtime on myself as I have every reason to be exhausted, but my mind is whirling with all the things I need to do to have the house ready for the arrival of Carruthers (my sort-of step-daughter) on January 7th. By my clock, January 7th is upon me, but all the others indicate I’ve got some time.

You can’t just do something one way for 26 years and stop willy nilly. I will not be working this week next year – it’s just too hard on me.

So, if it were indeed the new year, I would be prattling on about resolutions and the lack thereof and assorted and sundry topics related to such. And I feel like writing, but don’t have anything timely to say.

I am really out of step. The answer may be wine.