We’re on Day 208. I had gone back to the office because working at home was just tooooooooooooooo strange. I had my work hours and my personal hours mixed up, days and nights, workdays and weekends. It was a mess. So now, for the past few days, I’ve been working at home again.

My birthday has come and gone and there’s not much to report.

I’m waiting to hear on my COVID-19 testing results.

I woke up not feeling well on Monday. By Tuesday I was worse and my mom had the same symptoms. I called the doc. The doc said to get tested and off we went.

It wasn’t that bad. I mean, I wouldn’t do it for entertainment, but I had been led to believe it was one step short of torture. But, then again, I understand they’re not going as deep into the nasal cavity as they had been.

I still feel like crap. And tomorrow is the earliest I can get results. More likely it will be Friday.

I’m pretty sure I don’t have COVID. My symptoms are vague and I don’t have the biggies — difficulty breathing, fever and loss of taste/smell.

However, I recall that way back when, they, the infamous they, said it wasn’t a matter of if you got it, it was when you got it. Hmmmm.

In other news. I quit smoking. According to the app on my phone, it’s been 1 month 24 days and change since I had a cigarette. Yay me! (Wellbutrin is a hell of a drug!) 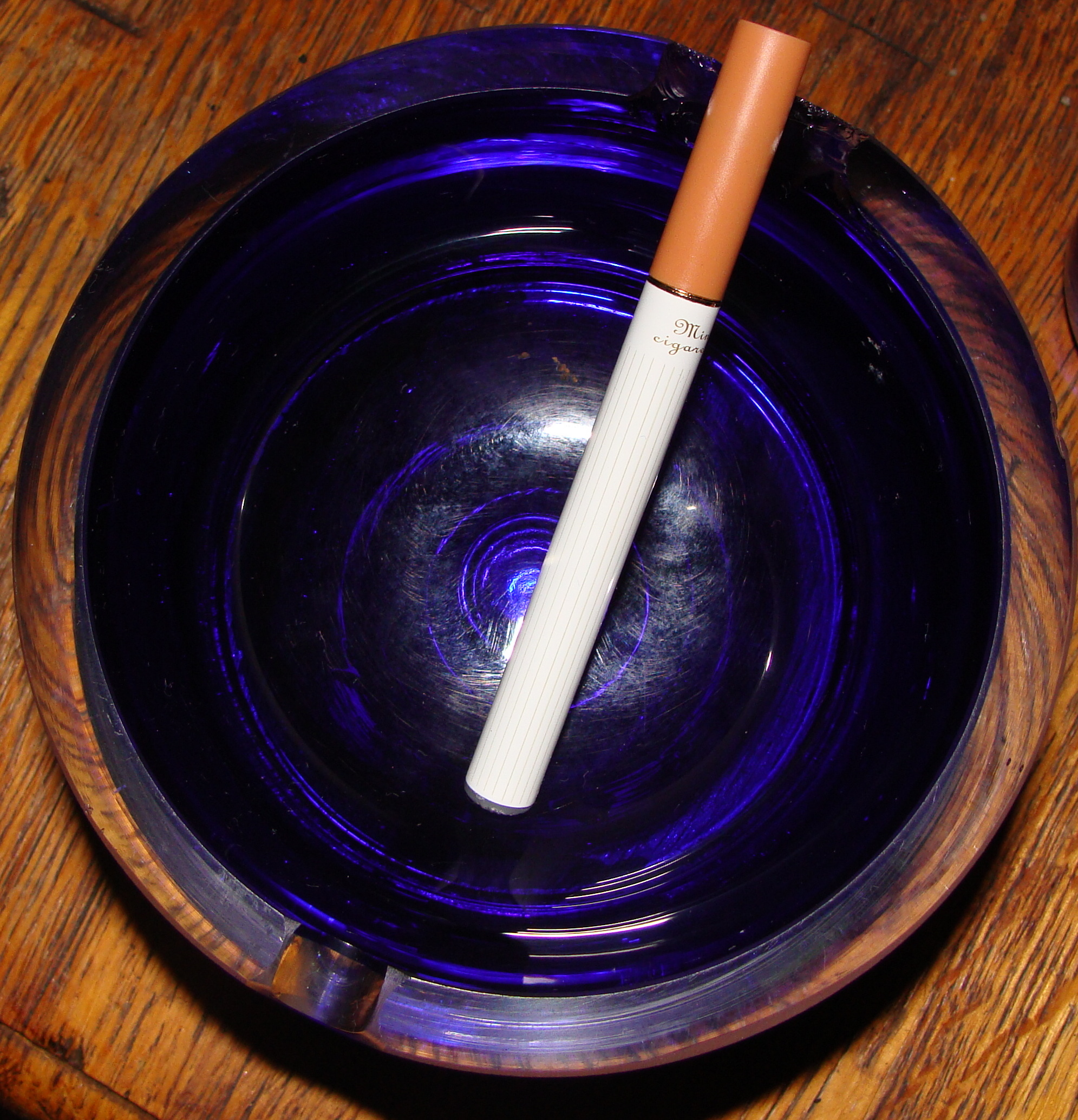 I’m a smoker. I love the stuff. I know the dangers, but I really, really enjoy nicotine. I don’t think I can write without the stuff. I’m serious.

But we smokers know that quitting ain’t easy. (All you ex-smokers can just shut up right now.) It’s pretty much been determined that getting off heroin is easier than nicotine. I have quit before – for years at a time. My body goes haywire, I gain a gazillion pounds, and everyone says to me, “But don’t you feel so much better now?” And I snap, “No!” I miss them every day of every week of every year that I’m not smoking.

Even so, I’m an atypical smoker.

I love cigarettes, yet I hate the damn things too. I really hate the tobacco companies. And I’m extremely pissed that we’re subsidizing tobacco and taxing the hell out of it rather than just making it illegal. (See? I hate it so much I’ve got to rant on the subject twice in one post.) Since, I’m generally against criminalizing drugs, I realize my thoughts on this are not logical. Sue me.

Still, hope springs eternal that I can quit and feel good during the process and more importantly, afterwards.

I read about the e-cigarette in the news not too long ago. It seems the FDA is not terrifically happy about it and proprietors are forbidden to sell it as a stop smoking aid. It’s an “alternative to tobacco.” There are tons of customer testimonials, however, that witness to its ability to end the evil habit. I scoffed. 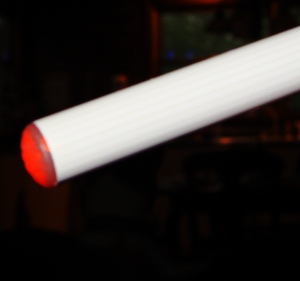 The e-cigarette is supposedly a marvel of technology that looks pretty much like a regular cigarette. I wish the filter felt more papery. The whole thing has a ceramic feel to it and it’s heavier than a regular cigarette. There’s an LED light on the end that glows red when one inhales on the filter. The feel in the hand is a bit off, but not irritatingly so. The LED “ember” struck me as ludicrous until I realized it signals when you need to charge the thing up.

The filter – now here’s where it gets interesting – contains a cartridge of nicotine and glycol. When you inhale, the atomizer produces a fine mist that feels (I swear) like smoke and tastes like a cigarette.

How do I know all this? I test drove a friend’s – the same friend I teased unmercifully about the too-ridiculous-to-be-true stupidly named “e-cigarette.” Then I went web surfing. I immediately quit scoffing and began scrounging up the money to get my own. Said friend is down from 2 packs to 5 real cigarettes a day.) 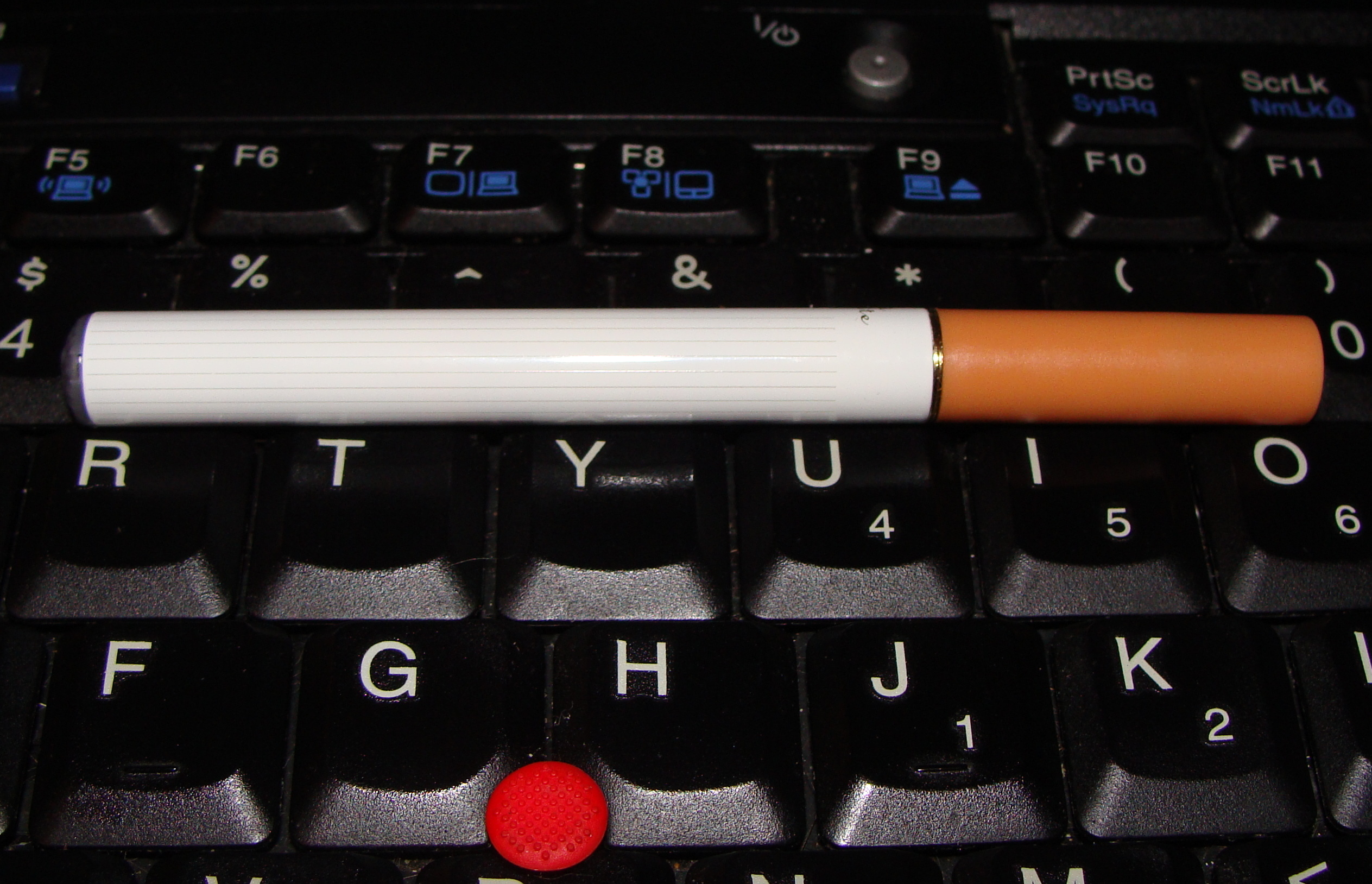 Is this the perfect cigarette for one who mostly composes at the keyboard? We'll see.

The cartridges come in regular, menthol, and a variety of flavors. They also come in several different levels of nicotine – from “high” to “none.” If I did the math correctly, once you get the starter gear, it works out to about $5 a carton. So whether you’re trying to quit (which the FDA forbids you try to do with this thing) or just trying to save money, this could be your ticket. After quitting, one can buy non-nicotine cartridges for those events where succumbing to temptation to bum a cigarette might occur. (Or to use when writing or like, um, after sex.)

So my deluxe starter kit arrived today and my batteries just got done charging.

E-cigarette in the nifty case.

Look Ma! No dirty ash trays! No lighters. No tar. No carbon monoxide. Even if I can’t quit, theoretically, this is “healthier.” I think. But I’m tickled pink with the damn things. I can lay it down anywhere. There’s no mess, no debris, and it all packages nicely into the tiny cigarette case that came with my kit. There’s a car charger, a wall charger and a USB charger (no kidding, I can charge the silly thing while I’m writing).

It’s going to take some getting used too, but my initial reaction is positive except for the user’s manual which is a hoot and a holler. It was clearly written by someone with a bad command of the English language. It took me forever to figure out how to put the cartridge in. What directions there are, are obtuse and, many, are missing altogether. The cover of the manual is, itself, great humor. I’m informed right off the bat that the thing is “Safe, Faddish, Healthy, and Environmentally Friendly.” Yup, I’ll be glowing with pride to be “faddish.” 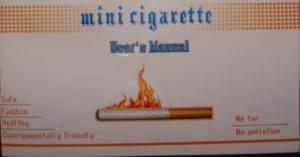 Since I’ve only been using the thing about an hour, I’m NOT recommending it at this point. Email me at wvfurandroot at gmail dot com if you want more info. (Or just email me, I love email.)  I’m not posting company names or nuttin’ until I have a better handle on whether this is a Good Thing ™ or not.