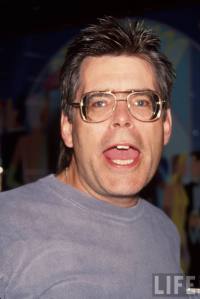 Back in 1983, I found myself living in my parents’ house in a suburb of Milwaukee. The parents had moved back to West Virginia (and boy was I jealous) and I was in the house so as for it not to be empty while it was up for sale.

The Ex and I had just started dating. My mom had met him briefly before heading out for Country Roads.

It was a harsh winter, but then all Milwaukee winters were harsh.

It was a sort of big house and I wasn’t used to being in that house alone. It groaned, it creaked, snow fell off the roof – all those things that can be a bit spooky even if you don’t spook easy.

I was pretty fearless. (I’m older and wiser now, my fears are substantial.)

It was me and my two cats living in that house. My cats, who’d been indoor cats, were frolicking in the freedom of living where they could go outside. Periodically, Ting would bring me a frozen, dead mouse. So frozen, it would clink when it would hit the floor. This was the extent of their hunting ability – already dead mice. Or so I thought.

The Ex and I had only been on two, maybe three dates. It’s another story to tell, but I couldn’t remember his name and when he’d call, he’d say “Hi! It’s me!” and I’d hold my breath waiting for the first name to follow. No such luck.

I’m living in this house alone and I’m reading Stephen King’s Pet Sematary. I’m at a crucial part in the book and it’s way past my bedtime, but I can’t put the book down. I hear the cats at the door.

[You only think you know where this story is going.]

Finally, I reach a point where I can’t keep my eyes open any longer. I put the book down, turn off lights and head into the kitchen to turn off those lights when I discover the two cats and a NOT QUITE DEAD RABBIT.

It looked like a scene from Dexter in there.

I got a tad hysterical. Just a tad.

Poor bunny - and stupid if Ting Tong, the Great and Mighty Frozen Mouse Hunter, got her.

I call a few friends, but nobody’s answering their phones. It was Friday and they were probably still in the bars. Not knowing what else to do between shrieks while watching my two, fluffy kitties torture a rabbit, I called the guy whose name I couldn’t remember.

He told me later he couldn’t understand a word, but figured I needed help. It was a 30-40 minute drive not counting the time to shovel, scrape, and warm up the car. [He is and was quite a guy.] He told me he was on his way.

I went and sat in my car. I just couldn’t watch. Damn that Stephen King! I’d have handled this with my usual aplomb had the circumstances been different.

I stayed where I was. I just couldn’t watch any more carnage.

I think he finished the rabbit off with the shovel. I know he cleaned up most of the gore, tipped his hat, and said ‘Night, Ma’am and off he went. I learned later he had to be at work in two hours.

A rabbit can bleed a lot. I cleaned up a lot of blood. My cats looked very proud of themselves. I’m not sure I finished the book.

A few weeks later, I go in to take my morning shower and there’s no hot water. I go to the basement and peer at the hot water tank willing it to produce. No such luck.

I shower at a friend’s. I also talk to a guy at the hardware store who tells me it sounds like my thermo-coupler. I replaced that thermo-coupler all by myself three or four times before reason set in and I realized something else was going on.

No way am I getting The Ex involved. After the shameful rabbit thing, I’m trying to reassert my reputation as a strong, independent, resourceful, brave woman.

For the life of me, I can’t remember the part name now, but a friend’s husband declared definitively that I needed a new thingmabobbit. He offered to put it in. So, I toddled off to the hardware store asked for a thingmabobbit, gave them the make and model of my hot water heater, and tapped my shoe waiting for the guy to go get it.

No thingmabobbit in stock and he can’t get one because in water heater years, mine had been the oldest living water heater in the western hemisphere.

I tell the friend’s husband this. He says, balderdash. Off he goes to the hardware store with me in tow. We’re walking around the store and he shouts the equivalent of Eureka! There’s the exact right thingmabobbit sitting on a shelf with no price tag and a torn box.

We carry the thing to the register and Friend’s Husband says, “How come you told her you didn’t have any of these?” One thing leads to another and we can’t buy the part I need because it’s not on the inventory list, it’s obviously ancient, and they don’t know if the box was open because the part was returned defective or even if what’s in the box is what the box says it should be.

We go rounds and rounds with this guy. I say to him, “You can’t sell it because you’re not sure what it is and it’s not on your list. How about I give you $20 and I walk out of here with the thingmabobbit which isn’t on paper anywhere and you do anything you want with the $20.” Such a deal, I think. He says no.

We all go sit in the car and I’m nearly in tears with frustration. I’d like to shower at home, ya know?

A couple hours later we send another friend over there who shoplifts the damn part which Doofus had put back on the display floor.

Well. Friend’s Husband is not the home repair person he claimed to be. He had no more idea than I did of how to go about any of this. Part of me is convinced that thingmabobbit was the only hot water heater part he knew, so that was the problem.

In the end, I ended up calling, once again, the guy whose name I couldn’t remember and he wouldn’t tell me, and he ended up putting in a new hot water heater. There was great drama involved.

[We still had 4 or 5 dates to go before we went to an office party where he had to wear a nametag. My relief was palpable.] 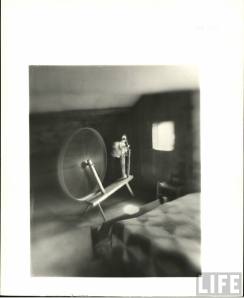 So while Chef Boy ‘R Mine and Girlfirend O’ His were here a couple of weeks ago, we blew a circuit and the dishwasher refused to work as did the outlet and light connected to the same circuit.

The barn is built on an ancient burial ground and the spirits like taunting me.

I replaced that circuit myself. (And I did a fine job.) Still no dishwasher. Still no juice to that outlet.

No, I didn’t call The Ex. I called Dad. He came and did all the same things I did and said, “Huh? That shoulda worked.”

I told him to forget it that I’d just call the Burl, The Handyman Extraordinaire, and be done with it. Two hours later, a propos of nothing, the dishwasher came on as did the light.

Those spirits can be playful.

And vindictive. The hot water heater went out about the same time the dishwasher came on.

So. I’m talking to another handyman today and I tell him this story minus The Ex part and he asked if I’d hit the reset button. Huh what?

So I came home tonight, took off the panel, took my pencil and hit the red reset button and sparks flew out of the top of the hot water heater.

I’m pretty sure that’s not good. 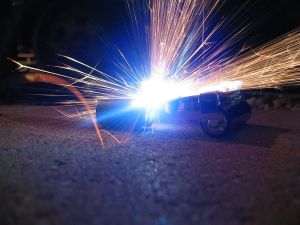 Oh good grief. Yes, I turned the circuit breaker off.

I have two hot water heaters. This one runs the kitchen and the laundry room. I can shower, but I still can’t wash the dishes in the dishwasher. Nor can I wash them by hand.

Them spirits have a sick sense of humor.

Did I mention I’m reading a Stephen King collection of short stories? No? Well, I am.

9 thoughts on “Damn that Stephen King”