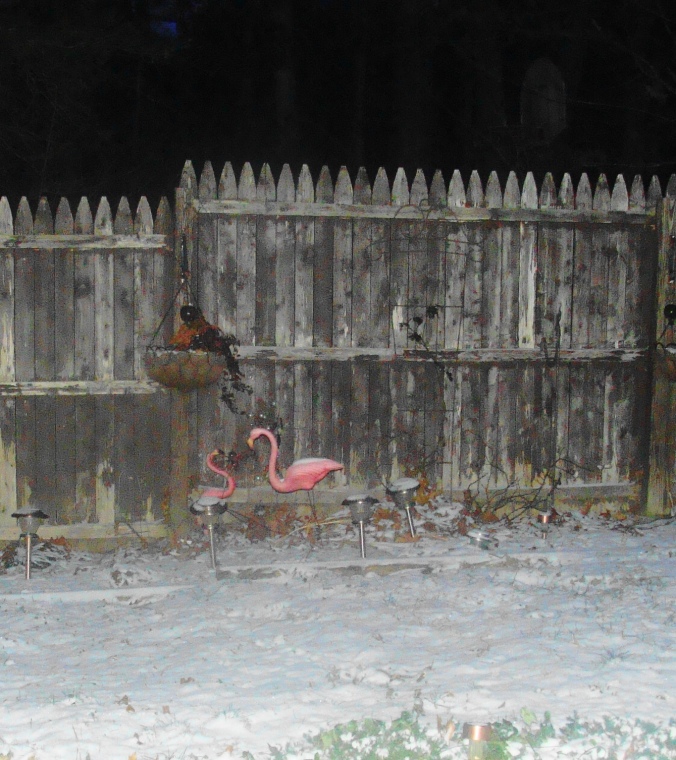 Without ceremony, Art and Gwen were snatched from the ground in Massachusetts where they’d been deeply rooted for a number of winters, and tossed into a moving van on June 1st.  To mitigate the trauma, they were casually, but sincerely, promised milder winters which would make the most of their pinkness.

They didn’t ask any questions.  Shock and awe, probably.  Had they asked, I might have explained that a typical lower Ohio Valley winter is shades of gray. Snow, generally infrequent, is a big deal if it tops out 3-4″.  Their lithe legs may once again be buried in snow measured in feet, but it’s not likely.

I suppose it’s possible that Art and Gwen are snow lovers, but I’m guessing not.  When I went out to take their portrait, I swear I heard, “Hot damn! She was right!”