So there’s this turtle video that either has or is fixin’ to go viral. It’s pretty amazing – the Michael Bolton soundtrack aside.

I’m feeling a tiny bit cynical today. When I posted the link to my Facebook, I commented that I have friends who would have insisted, “Oh no, really, I’m fine.”

Perhaps one or two of them really would have been just trying to tan the pasty-white undershell, but others of them would cut off body parts before asking for help.

So. What is it that’s so hard about asking for help? Or even accepting it when you haven’t asked?

Given that it is so hard to ask, why is help so often proffered with a sermon? (I do that too.)

Do you suppose the helpful turtle railed on and on about whatever stuck turtle did to get stuck in the first place?

And speaking of stuck, I ran across an exceptionally long Q&A on a website about how to get unstuck. It rocked my world. I shared the link with a friend who said to me afterwards, “I don’t know whether to punch you or thank you.” It’s a powerful piece that does have the effect of a sucker punch – you are warned! The columnist’s response to the letter doesn’t go where you think it’s going to – again, you are warned! Chances are pretty good you’ll be plunged into despair and yet hopeful. You are warned!  The central idea is it’s up to you. 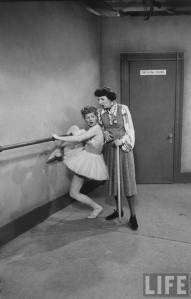 I feel stuck some days. I’m finding inspiration in two diametrically opposed viral pieces – one that says let a friend help and another that says that you have to do it yourself. Both are true. Neither are true. Life is complicated. This too shall pass. Yada Yada.

I ended my 50th year last week. As excited as I was to turn 50, I’m just as glad to leave it. 51 is a nice number – a calmer number, a less fraught with significance number. In spite of my stuckness, I am moving forward in some areas, backwards in others, but I am moving. So, “clearly” (to quote the Princess Bride), I’m not stuck. 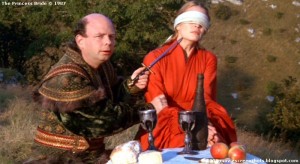 The week of my birthday was spent catching up on sleep (primarily) and eating (far too much). I spent time with HMOKeefe, friends and family. I saw some movies. Read some books. Played some board games. I opened presents.

Chef Boy ‘R Mine sent me French champagne and truffles. (Is he a great kid or what?) I’ve yet to partake of them and I’m sure he’s puzzled as to why. The answer, I think, is I’m waiting for the right time. There’s a good chance that tonight might be the right time. If the gorgeous weather of this weekend holds, this evening may find me at the patio table, all loosey-goosey from time in the spa (fitted thanks to HMOKeefe with a new cover) munching, sipping, and wallowing in champagne and chocolate.

I return to the real world tomorrow. I’m both looking forward to it and dreading it. This seems to be a theme with me lately – diametrical opposites. It doesn’t seem like I should be able to hold two opposite ideas in tandem and expect to feel motivated. It could be what an old friend called the Private Benjamin Effect.

Said friend was infuriated by the end of that movie. Goldie Hawn plays an unlikely Army soldier, one who impetuously joined the Army without having investigated the situation too well. One who after a number of missteps and misunderstandings finds what she believes to be True Love ™ only to discover she’s been duped again. The movie ends with Goldie tromping down a dirt road in the south of France. My old friend would point out that she had no money, no plan, no place to go, no way to get there, and wildly impractical clothing.